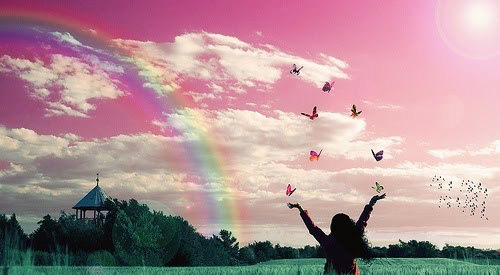 Blinding her glasses and soaking her hair the rain kept pouring along with her tears,
Straining the scream she dropped on the floor as she let go of her redundant fears.

Then something dawned on her as the drops played a melancholic sound
She realised that she can’t hold the barriers anymore and needs to stop looking for what’s already been found.

She picked up herself and ran with the wind feeling the heat of the sun with the  cool rain,
Passing the horizon she let go of her old self and the world she thought was mundane.

The rainbow opened up its arms as she fell through seven doors just so out of one closet she could come,
She finally felt like herself again as the rain cleared up and the sun began to hum.

10 thoughts on “Passing the Horizon”